For house & bass music lovers, the powerful national duo will be in charge of kicking off the second edition of We Wanna Rock at Home this October 24.

After his successful time at Dreambeach Chile 2020 and numerous launches among which stand out Pump it, #29 top mundial en Beatport electro house; Bad boy released on radio Los40; Spicy Sauce EP and his latest production Nerver Know which was signed in one of the most important record labels of bass house in Holland called Diverge Records.

Although TASTY WAVE will open with their fiery house and bass music, they told us that they will have a surprise that the harders are going to love.

We were in search of a powerful national artist for the warm up that was not hardstyle but would come close to it. The idea is that this event is similar to a face-to-face one that increases the bpm’s and thus also open the space to an artist from another musical genre. TASTY WAVE were the best.

Remember to join this October 24 from 19:30hrs on www.live.bassmusic.cl or to our twitch channel www.twitch.tv/bassmusiccl. 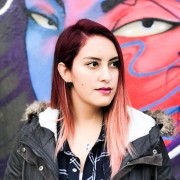 Polera No Mercy Gunz for Hire

Dirty Workz celebrates the release of their song # 1000

ID&T will initiate a summary against the government