4 years after his last event, the famous concept Hardcore and Gabber Company ID & T will return this 2017 to celebrate the 25th anniversary of its founding.

This was the image that began circulating on social networks, which shows air message was displayed during the performance of Dominator.

We hope to soon have more news of this tremendous news. 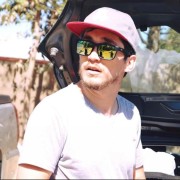 Villagerz & Hunta: The minds behind an incredible collab

Qlimax: Distorted Reality will have 5 hours of show

Creamfields Chile announces that it will have 2 editions in 2022